This method developed in early 1950’s, It is usually used for water treatment of refineries, petrochemicals and industries that produce oily wastewater, etc.

Discrete oil globules will rise due to buoyant forces to form an oil layer on top of the water. This makes them relatively easy to remove in an API separator or they can be skimmed from the surface in an Equalization tank. Free oil can be removed by gravity separation which is what the API separator is designed for. Removal is a function of flow conditions, differences in specific gravity, temperature, and the stability of the oil. Coarse oily solids with a specific gravity >1.0 will settle to the bottom of the separator which is why bottom scrapers or flights are included in along with a conical hopper to collect the settled solids.
Emulsified oil is comprised of oil droplets with a diameter of less than 20 microns, mostly in the 1 – 10 micron range. Emulsified oil is a stable suspension in the water due to inter-particle forces dominating buoyant forces. Emulsified oil will not separate from the water under quiescent conditions aided by gravity, the very conditions created in an API separator. The removal of emulsified oil requires chemical addition 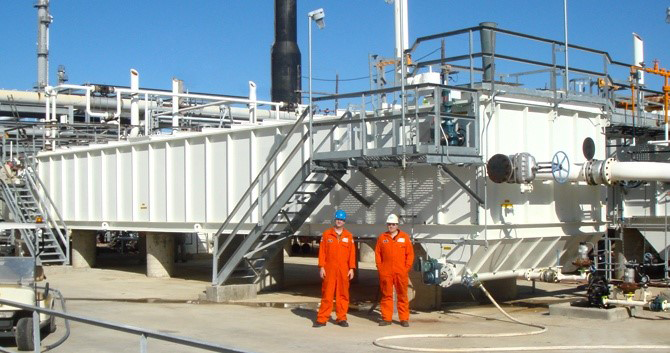 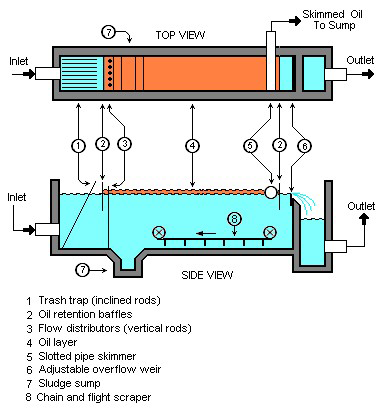 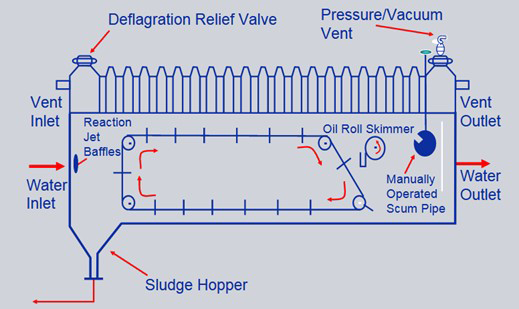 Some of the most important design criteria developed for API separators include:

Depth to width ratio: A minimum depth to width ratio of 0.3 to 0.5 is recommended so that separation units are not excessively deep; minimizing the amount of time it takes for oil particles to rise to the surface.

Horizontal velocity: Maintaining a horizontal velocity of no more than 3.0 ft/min has been shown to minimize turbulence and its effect on interfering with the separation of oil from wastewater.

Oil particle size: Majority of oil particles in most refinery wastewaters are 150 micron in size or larger. Therefore, the design standards for API separators were developed for the removal of oil particles of this size. Particles smaller than 150 micron will normally exit an API separator and will needed to be removed by downstream treatment processes, unless allowances are made in the sizing of the API separator to remove these smaller particles. 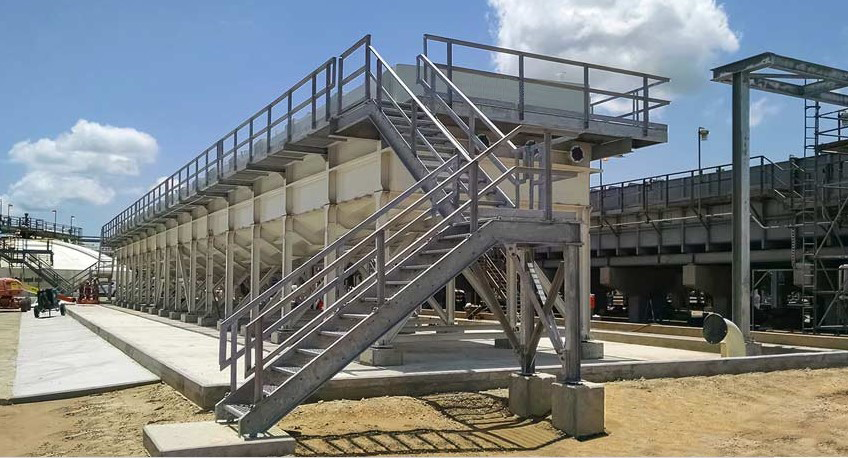 Disadvantages:
• Large area required.
• does not remove all of the oil particles
• Higher costs.