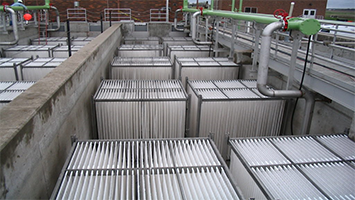 IFAS is a combination of two processes of suspended and fixed active bedding.

The IFAS method adds the benefits of a fixed film system to the activated sludge process. This method is effective for enhancing nitrification and denitrification processes.

The Integrated Fixed-film Activated Sludge (IFAS) process combines the advantages of conventional activated sludge with those of biofilm systems by combining the two technologies in a single. Typically, an IFAS configuration will be similar to an activated sludge plant, with biomass carriers (described above) introduced into carefully selected zones within the activated sludge process. This allows two distinct biological populations to act synergistically, with the Mixed Liquor Suspended Solids (MLSS) degrading most of the organic load (BOD), and the biofilm creating a strongly nitrifying population for oxidation of the nitrogenous load (NH4+). 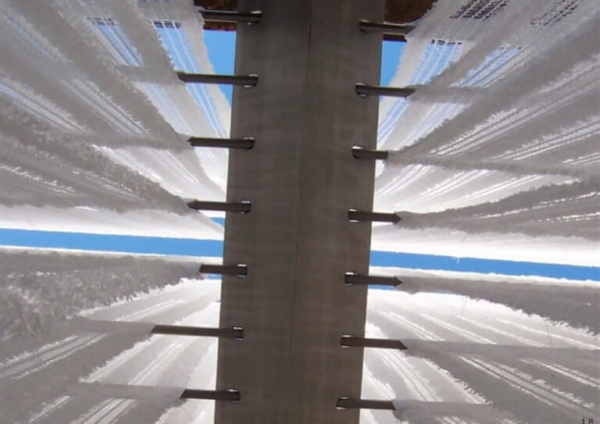 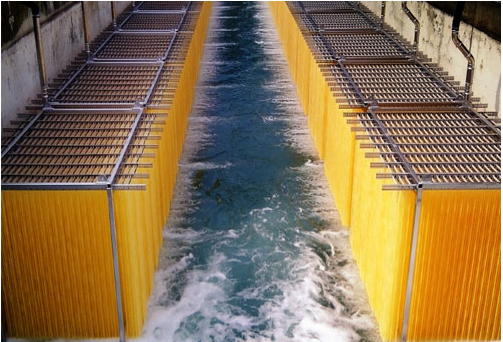 Integrated fixed film activated sludge (IFAS) systems add fixed or free floating media to an activated sludge basin to encourage the growth of biomass and enhance the treatment process. IFAS systems are being implemented at an increasing number of wastewater treatment facilities to expand the capacity of the activated sludge system in the same tank volume.

IFAS media can be plastic or fabric. The amount of biomass that grows on the media depends on a host of factors, including loading, dissolved oxygen concentration, temperature, mixing energy, suspended phase biomass concentration, and solids retention time. The attached biomass combines with the suspended concentration to achieve much greater total biomass. Since the attached biomass is retained in the activated sludge basin, and not sent to the clarifiers, use of IFAS technology can increase the capacity of the activated sludge system in the same tank volume.

IFAS systems also come with several physical requirements that must be carefully considered in the design and operation of these systems:
• Mixing – adequate mixing must be provided to ensure that free floating media remains uniformly distributed.
• Turbulence / Sloughing Energy – The mixing energy provided by the aeration system is critical for sloughing of biomass and the creation of a thin biofilm.
• Aeration for nitrification systems – higher dissolved oxygen concentration (typically 3 to 4 mg/L) is required in the suspended phase to ensure that the biofilm is completely aerobic. The aeration requirements for IFAS systems must be considered both from a capital cost and long-term operating cost perspective. Suspended phase oxygen concentrations must be higher than typical (i.e. 3 to 4 mg/L) to remove any kinetic limitations associated with oxygen diffusion through the biofilm layers.

Important factors of the basin: 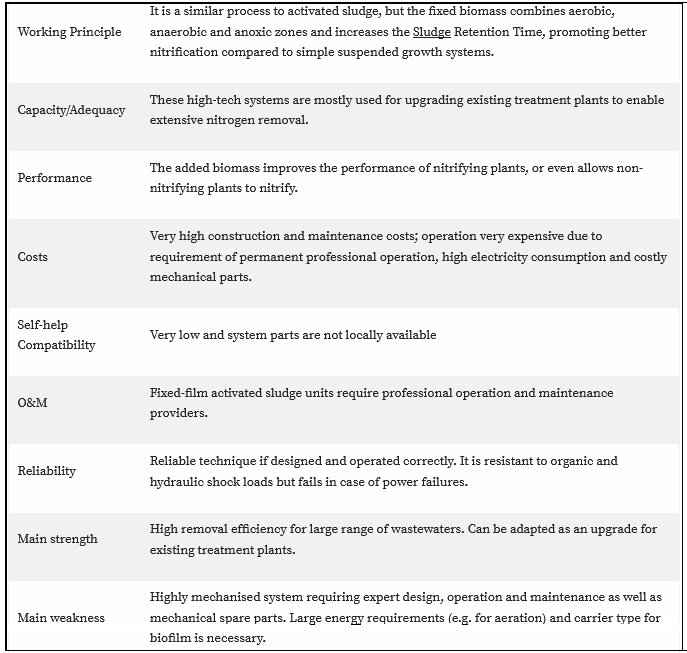 • For new installations, IFAS systems will generally require less volume and therefore have less capital cost than a conventional AS system.
• The treatment capacity of the IFAS process is more than the conventional sludge process the same volume.
• IFAS systems require little or no additional operational costs or operating staff over conventional AS. However, the need for oxygen supply remains.

• The fixed biomass combines aerobic, anaerobic and anoxic zones and increases the Sludge Retention Time, promoting better nitrification compared to simple suspended growth systems
• System nitrification is also restored faster since a large mass of nitrifies is retained on the fixed-film
• Improved process stability
• In various studies and discussions with practitioners, it has been noted that the Sludge Volume Index (SVI) improves and has less variation when IFAS upgrades are implemented
• Reduced Sludge Production